To share your memory on the wall of Blanche May Berry, sign in using one of the following options:

Print
Blanche May Keen Berry of Aberdeen, MD, passed away at home on December 7, 2019. She was the devoted companion of 16 years to Hugh LaPenotiere. She was 73 years old.

Mrs. Berry was born in Cecil County to the late John Robert Keen, S... Read More
Blanche May Keen Berry of Aberdeen, MD, passed away at home on December 7, 2019. She was the devoted companion of 16 years to Hugh LaPenotiere. She was 73 years old.

Mrs. Berry had retired from Weis Supermarkets as a cashier. She enjoyed crocheting, cooking and sewing. She was born with a green thumb and loved her planting her flowers.

A funeral service will be held on Friday, December 13, 2019 at 11 A.M. at the Zellman Funeral Home, P.A. Where an interment will be held at Harford Memorial Gardens. Officiating will be John David Roberts of Smith’s Chapel United Methodist Church, Churchville, MD.

Messages of condolences and sharing of memories may be made to www.zellmanfuneralhome.com
Read Less

Receive notifications about information and event scheduling for Blanche May

Receive text or email updates for Blanche May

We encourage you to share your most beloved memories of Blanche May here, so that the family and other loved ones can always see it. You can upload cherished photographs, or share your favorite stories, and can even comment on those shared by others.

Posted Dec 09, 2019 at 01:14pm
Jeannie, Kimberly and family, our thoughts and prayers are with you at this difficult time. We love you. 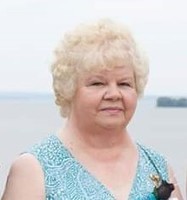