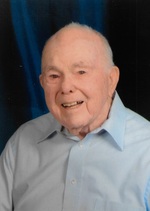 Charles Leroy Thompson was born into this world in the village of Level, on the outskirts of Havre de Grace, MD on February 25, 1928. His arrival was celebrated and joyful to parents, Millard and Rosa Bradford Thompson and in time six siblings followed.
Charles lived his entire life in Level. His grandparents and parents made possible the family farm where the Thompson’s still reside today. He was educated at the one room schoolhouse that was located at Rock Run Methodist Church and will be buried, along with generations of ancestors, at their cemetery.
Charles joined the war effort August 26, 1943 at the age of fifteen! A local notary, against the family wishes, and some forgery made that possible. He has said that was the only time he saw his daddy cry. His assignment was the Pacific War Zone with the Merchant Marines. His daughter was told that he spent his sixteenth birthday in Japan. He found the ports awesome and the world travels fascinating. The Veterans Administration has been good to him.
He and Ruth Plummer Collins married and together they brought forth a daughter, Marcia Thompson Eldreth, sons Charles Lee Thompson and David Karl Thompson all of whom were at his bedside before he passed Christmas night 2019.
Charles’s occupations may have brought him along the readers’ paths. He worked for People’s Life Insurance Co. and was fondly known as “The Insurance Man”. He owned two Mister Softee Ice Cream trucks and was then known as “Mr. Softee”. Later, he worked and retired as a Boilerman at Harford Memorial Hospital.
Charles loved to hunt and fish. Some of his expeditions were Mexico, Colorado, Florida, South Carolina, Texas, Canada and locally Western Maryland with his best buds and families. He used to play pinochle tournaments. For some years he spent a lot of time on CB Radio and was part of the Cecil County Emergency Team. Charles was a lifetime member of the Blenheim Odd Fellows Lodge #102. He served as Commander of the VFW Post 8126. His memberships also included the Moose Lodge and the American Legion Post #47. He always showed up at family celebrations and was very involved in his children and grandchildren’s lives.
Charles was preceded in death by both parents, a stepfather, Clarence Chapman, brothers William S. Thompson, Robert L. Thompson, Grant E. Thompson and his sweetheart, Agnes Sparks. Besides his three children, he is survived by daughters-in-law Patty Fox Thompson (David) and Alice Thompson (Charles), six grandchildren and their spouses, thirteen great-grandchildren, and one great-great granddaughter. Also surviving is brother L. Dale Thompson and sisters Betty Kearney and Joan Scarlota along with nieces and nephews and families.
An because of his profession of faith in the Lord Jesus Christ and baptism into the church, his loved ones rejoice with him at the hope of a heavenly resurrection in glory. Praise be to God.
A viewing will be held on Sunday, December 29, 2019, 2 P.M. to 5 P.M. at the Zellman Funeral Home, P.A., 123 South Washington St., Havre de Grace, MD 21078.
A funeral service will be held on Monday, December 30, 2019 at 10 A.M. at the Rock Run Methodist Church, 4102 Rock Run Rd, Havre De Grace, MD 21078.
Messages of condolences or memories to share may be made to www.zellmanfuneralhome.com