To share your memory on the wall of Harold Gobble, sign in using one of the following options:

Provide comfort for the family of Harold Gobble with a meaningful gesture of sympathy.

Print
Harold Curtis Gobble of Havre de Grace, MD passed away on May 7, 2019 at home surrounded by the love of his family. He was 73 years old. He was the devoted husband of Malinda “Debbie” Gobble.

Mr. Harold was born in Damascus, Virgin... Read More
Harold Curtis Gobble of Havre de Grace, MD passed away on May 7, 2019 at home surrounded by the love of his family. He was 73 years old. He was the devoted husband of Malinda “Debbie” Gobble.

Mr. Harold was born in Damascus, Virginia to the late Calvin and Margaret (Pryatt) Gobble. He was the loving father of Joseph Gobble (Lisa), Kenneth Gobble (Lynn), Terry Gobble (Shelly), Tony Jennings and Sandra Husfelt. He was the adoring grandfather of eleven and great-grandfather of nine. He was the sibling to Larry Terry, Edith Salac, the late William Gobble, Ronnie Gobble and Peggy Gobble. He is also survived by his beloved dog “Bella.”

Mr. Harold had retired after many years as a truck driver but continued to work part time at Andrew’s Garage. He had also owned a Gulf gas station in Havre de Grace, as well as an Automobile garage in Rising Sun, MD, where he was able to work and restore cars. He was an avid NASCAR fan, with his favorite driver being Martin Truex, Jr. He was an amazing man, devoted and had unconditional love for his family.

Those wishing to share stories or send messages of condolences may be made to www.zellmanfuneralhome.com
Read Less

We encourage you to share your most beloved memories of Harold here, so that the family and other loved ones can always see it. You can upload cherished photographs, or share your favorite stories, and can even comment on those shared by others.

Posted May 15, 2019 at 08:40am
Please accept our most heartfelt sympathies for your loss... Our thoughts are with you and your family during this difficult time.

Thinking of you, Lisa

Posted May 15, 2019 at 07:13am
No words will ever do justice to the impact Harold has left on those that knew him . Please know I am just a phone call away if you need anything .

Thinking of you, Lisa purchased the Medium Dish Garden for the family of Harold Gobble. Send Flowers

Flowers were purchased for the family of Harold Gobble. Send Flowers 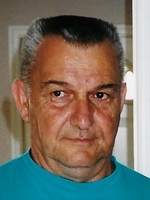