To share your memory on the wall of James Riefle, sign in using one of the following options:

Provide comfort for the family of James Riefle with a meaningful gesture of sympathy.

A Memorial Service will be held on a later date.

We encourage you to share your most beloved memories of James here, so that the family and other loved ones can always see it. You can upload cherished photographs, or share your favorite stories, and can even comment on those shared by others.

Posted Apr 18, 2019 at 05:23pm
We were neighbors around the corner from Hank. What an incredibly friendly and personable and intelligent man he was. I remember running into him in the grocery store and chatting for quite awhile. He had so much knowledge and such an interesting perspective. He leaves behind a huge hole and we will miss him.
Comment Share
Share via:
FN

Posted Apr 10, 2019 at 06:46pm
Everyone should be so lucky to have such a friend as Hank Riefle. I settled in the Pacific Northwest 60 years ago. I would have lost touch with many friends from the east whom Hank and I had in common had it not been for Hank making sure that I was up to date on their lives. I treasure the times we spent together, in New York, D.C., Chicago, Seattle, Havre de Grace, Cloud Rest, on bike adventures in the San Juan Islands and long drives over the Cascades. When Susan Hansen married me in 2001, Hank drove all the way from Havre de Grace to our wedding in Big Sky, Montana! Hank always asked about my children and grandchildren and amazed me with his memory about how and what each of them was doing. I feel lucky to have known Barbara over the years and was touched by Hank’s exceptional love and devotion to her. Hank also shared his love for his remarkable mother and his sister and her children and grandchildren, all of whom he was very proud of. Carolyn, Laurie and David became household names for me. I hope I was half the friend to Hank that he was to me. Sleep in peace dear friend.
Comment Share
Share via:
AM

Posted Apr 09, 2019 at 12:31pm
The news about my Williams senior year roommate came as a jolt. We kept up, on and off, over the years: in Hawaii, cross country skiing in Vermont (they sent a patrol thinking we were lost), visits in the apartment on Union Square. Aloha. RIP.
Art and Nancy Moss
Comment Share
Share via:
EB

Posted Apr 08, 2019 at 01:28pm
It brought me tremendous sadness to learn of Hank's illness and passing. He was my father's first cousin, but was more like a brother to him, and as such, his influence over my life was far more significant than his title would suggest. That his death follows so closely on the heels of my dad's, who passed away in February, makes the emotional weight of it all the more pronounced for me.

I will never forget Hank's smile, his baritone voice with the Baltimore lilt, the way he introduced me to New York when I was 14 and my dad took me on a surprise trip up to visit him, shucking corn and picking blackberries at the cabin at Cloud Rest, and how my dad adored him. He was such a good person.

It is coincidental that his passing would come on April 4th, which was my son's 3rd birthday. The two of them never met, but I was hoping to introduce them on a trip up to Baltimore later this month to memorialize my dad. Hudson Riefle Bahr Jones shares Hank's name and I hope so much more.

To Hank's immediate family, grieving the loss of a tremendous man, please know that you are not alone. Your Louisiana relatives are sending lots of love your way.

Posted Apr 08, 2019 at 01:21pm
I did not have the pleasure of knowing Hank personally, but I have been lucky enough to love many who loved him. I am also proud that my son (Hudson RIEFLE Bahr Jones) will carry his name forward. A testament to a life well-lived is that your spirit and memory live on through those that you have touched. Hank's influence on those he loved will last for generations he never had the opportunity to meet. Through the sadness, Hank's family has so much to be proud of. I sincerely hope that pride and gratitude soon become the strongest emotions felt when remembering Hank. 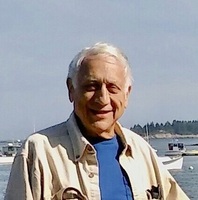 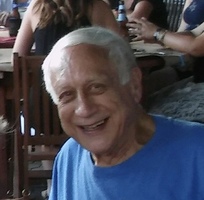 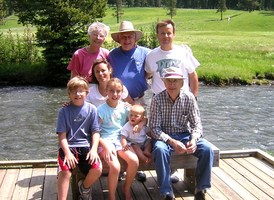 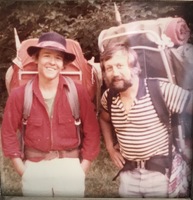