To share your memory on the wall of Jerald Graham, sign in using one of the following options:

Provide comfort for the family of Jerald Graham with a meaningful gesture of sympathy.

We encourage you to share your most beloved memories of Jerald here, so that the family and other loved ones can always see it. You can upload cherished photographs, or share your favorite stories, and can even comment on those shared by others.

Posted Feb 08, 2019 at 12:08pm
Dear Ethel and family, I was sad to read in today's Aegis about Jerry. I pray for you every day and Jerry. Please know that I hope and pray that you can get thru all this hard times. Love and Prayers always Peggy, Paul & Debbie Gring.
Comment Share
Share via:
MM

Posted Feb 07, 2019 at 07:31pm
I was so happy several years ago when I got reacquainted with my Graham cousins! Living so far apart during our growing up years made it difficult to keep in touch. I thank God for the reunion we had in Beckley and the time spent with these brothers. My love and prayers go out to Ethyl and the families. I love you all.
Comment Share
Share via:
LW 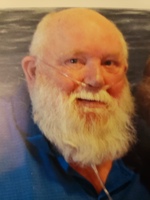