To share your memory on the wall of Joanne Gamatoria, sign in using one of the following options:

Print
Joanne Gamatoria, 60, of Havre de Grace, MD passed away on June 24, 2020 after a near two decade battle with Multiple Sclerosis. She was holding the hands of her children.

Daughter of Gilbert “Curley” Wagoner & Matilda “Marie” Ci... Read More
Joanne Gamatoria, 60, of Havre de Grace, MD passed away on June 24, 2020 after a near two decade battle with Multiple Sclerosis. She was holding the hands of her children.

A lifelong resident of Havre de Grace, Mrs. Gamatoria briefly lived at Fort Hood, TX. She resided at Lorien Riverside, now Sterling Care, in her final years. She worked for the Department of the Army at the APG Officer’s Club as well as with her “second family” at MacGregor’s Restaurant. Retiring early due to her illness, she served as an ambassador for the Multiple Sclerosis Society. She instilled values of honesty, hard work, love, and respect for all people in her children. She will be missed by the many lives she touched and by a world that she committed to making a better place through kindness to others.

A memorial service will be held at a later date. In lieu of flowers, her family requests contributions be made in her memory to National Multiple Sclerosis Society, P.O. Box 91891, Washington, D.C. 20090-1891. Please consider a donation any time you are fortunate enough to contribute to a worthy cause.

Online condolences may be made at www.zellmanfuneralhome.com.
Read Less

Receive notifications about information and event scheduling for Joanne

Print
Services will be held on a later date.

We encourage you to share your most beloved memories of Joanne here, so that the family and other loved ones can always see it. You can upload cherished photographs, or share your favorite stories, and can even comment on those shared by others.

Posted Jul 14, 2020 at 07:07pm
To my baby sister, Joanne ... Loved beyond words; Missed beyond measure; Always and forever in my heart.. Love you always, Judy
Comment Share
Share via:
SM

Posted Jul 11, 2020 at 11:24am
My deepest condolences to Charlie and all of the Gamatoria and Wagoner families. I met Joanne at Lorien. She always had a smile to share. I enjoyed our book discussions as well just chatting. Joanne was a very courageous person and it was an honor to know her.
Comment Share
Share via:
CT

Posted Jul 06, 2020 at 07:41am
My sympathies to all of you. Joanne was truly a "Super Woman" and I truly loved her.
Embrace one another and hold on to your memories.
Comment Share
Share via:
WL 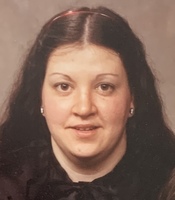