To share your memory on the wall of Philip Merkel, sign in using one of the following options:

A memorial visitation will be held on Saturday, December 7, 2019, from 12 P.M. to 2 P.M., at the Zellman Funeral Home, P.A., 123 South Washington Street, Havre de Grace, MD 21078. Where a memorial service will be held at 2 P.M.
In lieu of flowers, friends and family may make donations to the Disabled American Veterans.
Messages of condolences or memories to share may be made to www.zellmanfuneralhome.com
Read Less

Donations are being accepted for: DISABLED AMERICAN VETERANS (18 TOWSON).

We encourage you to share your most beloved memories of Philip here, so that the family and other loved ones can always see it. You can upload cherished photographs, or share your favorite stories, and can even comment on those shared by others.

Elizabeth Danser purchased flowers for the family of Philip Merkel.

Posted Dec 04, 2019 at 09:37pm
I came to know Phil through our time together with the Union. As it turns out, we had run in similar circles for years without ever having met. Once I got to know him, I figured out quickly that his bellowing voice and a scuffed-up hands protected a sensitive heart. He could be quick to anger, but it wasn't for anger's sake; it was because he wasn't willing to tolerate mistreatment (of himself, nor of anyone else). You didn't have to dig to deep to find that he was enormously kind. I enjoyed our conversations. I remember being grateful, on more than one occasion, that he would refer to me as his friend.

I hadn't seen much of him these last couple of years. That's my fault, more than anything. His door was always open. I just didn't make the time... and that is a thing I now regret.

Posted Dec 02, 2019 at 01:32pm
Phil and I worked together for a number of years. He was a good friend and loyal. My deepest sympathy to the family, he will be missed.
Comment Share
Share via: 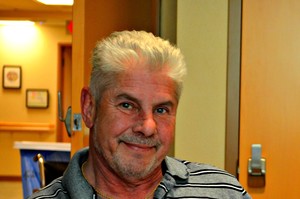