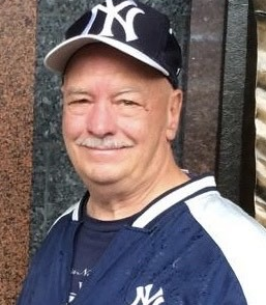 Born in Astoria, NY to the late John and Helen (Lamac) Laskowski, Richard is survived by his devoted wife of 44 years, Mary (Maier)Laskowski, his beloved children, Jennifer (Laskowski) Basl and her husband Steve; Michael Laskowski and his wife Cerissa, his precious grandchildren Logan and Alexis Laskowski, Madison, Brooklyn and Jaxon Basl.

Mr. Laskowski was retired after more than 30 years working in Retail Management. He was a die-hard NY Yankees and NY Giants fan for the entirety of his life. Even after relocating to MD his love never waivered for his NY state. His father taught him a love for good bourbon and in 1979 he was awarded the title Tennessee Squire having been deeded by the said owner a lot of land in the County of Moore and State of Tennessee located on the Jack Daniels Distillery in Lynchburg, Tennessee.

In his younger days Richard was an avid bowler and played on a local league in Jamaica, NY where he was raised. Once retired he enjoyed his visits to Walmart and Home Depot where he would meet many new friends and enjoy spending time talking to them. Above all his greatest love was his family and especially his grandchildren.

Messages of condolences and memories to share may be made to
www.zellmanfuneralhome.com