To share your memory on the wall of Howard Timmons, sign in using one of the following options:

Mr. Timmons was a professional drummer playing in bands such as Sudden Storm (Scratch), Shooting Star, Silverado, Maria Rose Band, and Clueless. His bands opened for Porter Wagoner, Charlie Pride, and Lee Roy Parnell. He had the opportunity to play with Philippé Wynne and played a showcase with The Whispers, and Peaches and Herb. While with Sudden Storm, he played at several places including the Sheraton in Delaware, The Tally Ho in Wilmington, DE, and The Ritz in Baltimore, MD. They also played private parties for professional boxers Joe Frazier and brothers Michael and Leon Spinks. He also worked as a painter for Army Lodging at Aberdeen Proving Ground.

Along with his love of music, Mr. Timmons enjoyed crossword puzzles, watching Jeopardy, playing shuffleboard as well as coaching and playing in his pool league. He was a member and volunteered at the VFW Post 8126 and American Legion Post 47 in Havre de Grace. Mr. Timmons was a past member, volunteer, and commander of Sons of American Legion Post 128. He loved being with family and friends. He was known for playing Santa Claus.

A viewing will be held on Thursday, October 8, 2020 from 5-8pm at Zellman Funeral Home, P.A., 123 South Washington Street in Havre de Grace, Maryland 21078. Funeral services will be held at the funeral home on Friday, October 9, 2020 at 11am. Interment will be at Harford Memorial Gardens.

Online condolences may be made at https://www.zellmanfuneralhome.com/.
Read Less

Receive notifications about information and event scheduling for Howard

We encourage you to share your most beloved memories of Howard here, so that the family and other loved ones can always see it. You can upload cherished photographs, or share your favorite stories, and can even comment on those shared by others.

Posted Oct 16, 2020 at 02:30pm
Debbie,
We are sad to hear about the passing of Butch. It was always a joy to talk to both at shuffle board at the VFW.
Our families prayers and thoughts are with you during this difficult time.

Posted Oct 07, 2020 at 05:52pm
We were very sad to hear about Butch's passing. We always liked Butch, and considered him to be a good friend. We will miss him.

You are in our thoughts and in our prayers during this very difficult time of loss.

Posted Oct 05, 2020 at 05:18pm
To say goodbye to you feels so unreal , To know you wont be here with us anymore is just heart breaking , you fought the good fight and left this world on your own terms surrounded by family and there is no better way to meet the lord , I have a feeling of contentment knowing your with Nanny and Poppop and at peace , I know one day we will meet again some how, some where, until then Rock on ... I love you forever ...
Comment Share
Share via:
HS

Flowers were purchased and a memorial tree planted for the family of Howard Timmons. Send Flowers 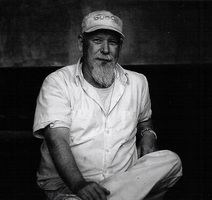