To share your memory on the wall of Margaret Worthington, sign in using one of the following options:

Receive notifications about information and event scheduling for Margaret

We encourage you to share your most beloved memories of Margaret here, so that the family and other loved ones can always see it. You can upload cherished photographs, or share your favorite stories, and can even comment on those shared by others.

Posted Jul 17, 2020 at 01:20am
a beautiful loving and caring women you will be missed im happy to know you and my nanny sliver are in heaven together and i know you both are up there cooking your hearts out for others we all love you and will see you again
Comment Share
Share via:
BB

Posted Jul 15, 2020 at 10:21am
Such good memories of a wonderful woman. She made this a better world. Glad she is reunited with Joe.

Posted Jul 15, 2020 at 09:34am
The world is a better place because Aunt Margie was in it. Thoughts and Prayers with you.

Posted Jul 14, 2020 at 12:04pm
Let your light shine before men, that they may see your good works, and glorify your father which is in heaven.

Your light shone as bright as bright can be. Mary always enjoyed the monthly luncheons she had with you and her mother Myrtle, sister Fran, Aunt Edith and Aunt Annie back in the day. I always enjoyed tagging along occasionally and listening to all of the stories.

Our condolences to Gene and the family.

With all our love.

Posted Jul 14, 2020 at 08:03am
This beautiful lady was one of a kind. I remember her and Joe very well and fondly. Wonderful people! God rest her sweet soul.
Comment Share
Share via: 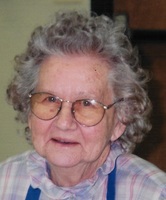