To share your memory on the wall of Mary Caslin, sign in using one of the following options:

Mary spent her early years in England, graduating from the Nonsuch High School for Girls in Sutton, Surrey, England and attended Clark’s College there. She later lived in Fairview and Lake City, PA, and Havre De Grace, MD. She worked as a Legal Secretary at the Legal Aide Bureau of the State Attorney’s Office in Bel Air, MD, retiring after many years there.

She first married Peter Pangratz, and later married Joseph Wright, and then married John Caslin. After her husband, John Caslin passed away, she moved to Oneida, New York, eventually finishing her retirement in Wampsville, New York, with her life partner, Harry “Bill” Brummell, who predeceased her.

At Mary’s request there will be no calling hours or funeral service. Interment will be private in Angel Hill Cemetery, Havre De Grace, MD. Arrangements are under the supervision of the J. Homer Ball Funeral Home, Inc., 201 James Street, Canastota, NY and the Zellman Funeral Home in Havre de Grace, MD.

In her memory, contributions may be made to The Muscular Dystrophy Association, 161 N. Clark, Suite 3550, Chicago, IL 60601, or at mda.org. Share condolences at jhomerballfuneralhome.com http://www.lastingmemories.com/mary-r-caslin.
Read Less

Receive notifications about information and event scheduling for Mary

We encourage you to share your most beloved memories of Mary here, so that the family and other loved ones can always see it. You can upload cherished photographs, or share your favorite stories, and can even comment on those shared by others. 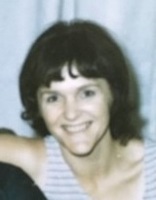