To share your memory on the wall of Thomas Zellman, sign in using one of the following options:

Provide comfort for the family of Thomas Zellman with a meaningful gesture of sympathy.

We encourage you to share your most beloved memories of Thomas here, so that the family and other loved ones can always see it. You can upload cherished photographs, or share your favorite stories, and can even comment on those shared by others.

Flowers were purchased for the family of Thomas Zellman. Send Flowers

With Love, Alex and Caroline Abraham

Posted Apr 17, 2019 at 07:50pm
Wishing you peace to bring comfort, courage to face the days ahead and loving memories to forever hold in your hearts.

With Love, Alex and Caroline Abraham purchased flowers for the family of Thomas Zellman. Send Flowers

Posted Apr 17, 2019 at 09:15am
I’m so sorry for your recent loss. My deepest condolences to your family. Death of a loved one is never easy to endure, but you don’t have to go through it alone. Continue looking to God and you will always find comfort in him (2 Cor 1:3,4). He will soon destroy the enemy of death (1 Cor 15:26), and He will soon return our loved ones to us through the resurrection (John 5:28,29). Please visit JW.org and search “When Someone You Love Dies”, it helped me through some difficult times and I hope you can find comfort in it also.
Comment Share
Share via:
TF

Posted Apr 16, 2019 at 01:27pm
May God's presence and grace be with you in this time of celebration and sadness. An Easter Homecoming.

Flowers were purchased for the family of Thomas Zellman. Send Flowers 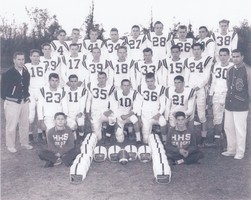